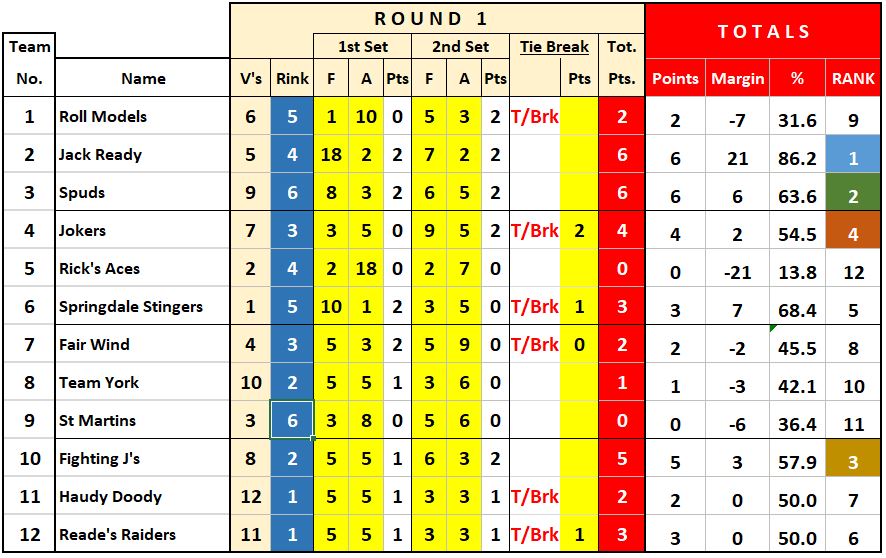 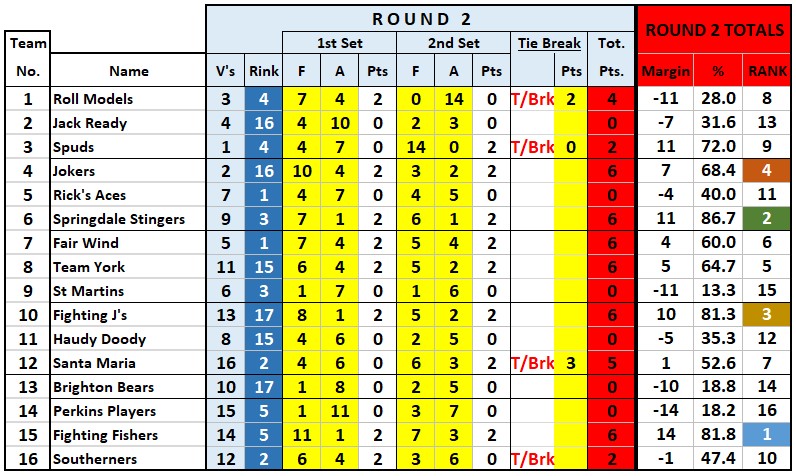 Note – Due to weather and light two tie-breakers were not played.

Note – One tie-breakers was not played. 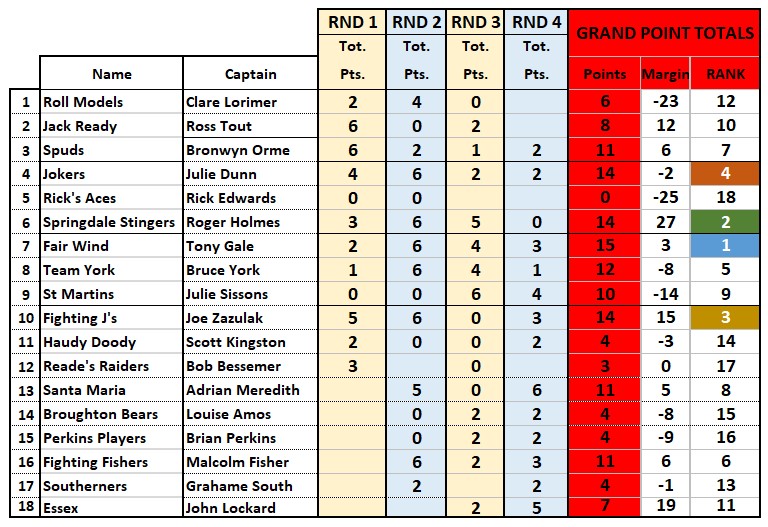 Scoring of a Round

The winner of each set of 5 games receives 2 point per set. If the result is a draw one point.

For a win-loss or draw-draw there is a tiebreaker and the tiebreaker result is added to the teams score.

The teams are ranked on total points.

Where the total points are equal the teams are ranked on the game margins.